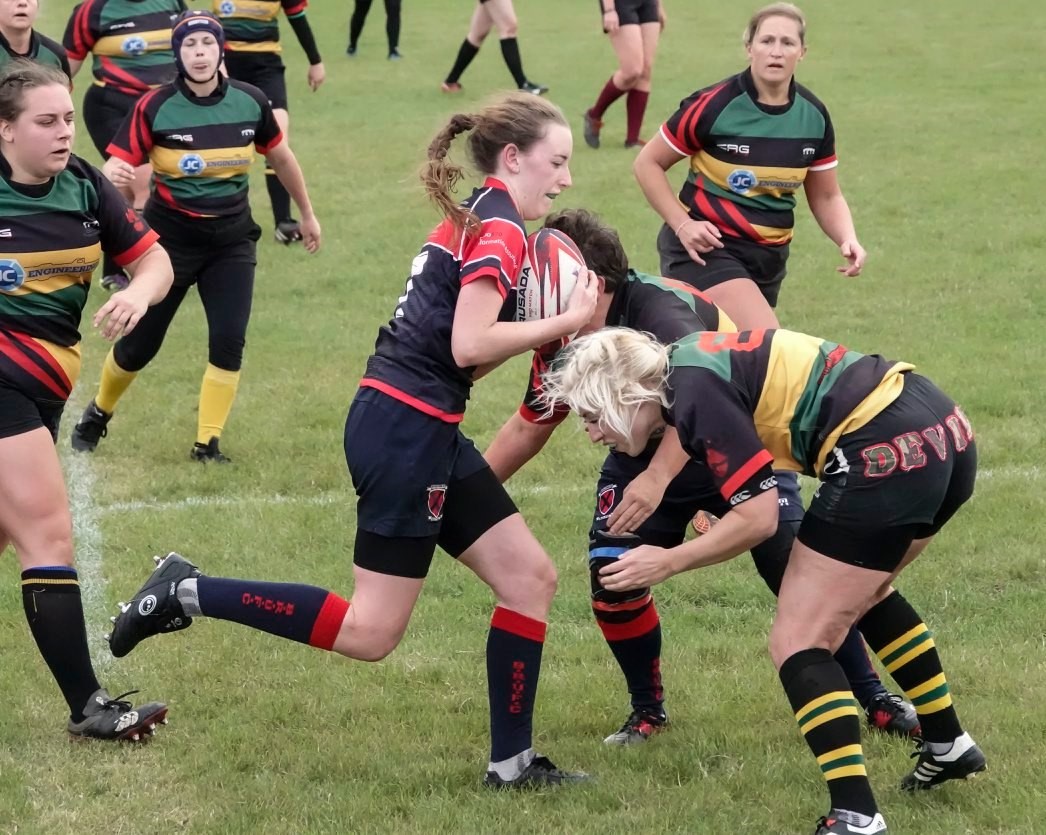 Biggy began the game at high tempo, putting in some big hits, winning possession, and releasing the ball along the line to outside centre Lauren Poole who blasted through on a long power run for the first of her three tries.

Biggy were playing a physical game of heads-up rugby, with their strong ball-carriers forcing Deeping to commit numbers to bring them down, then using quick ball to take advantage of the overlaps this created. Passing, handling and kicking on the day - in swirling winds - was crisp, accurate and fast.

Full back Amanda Humphreys made ground at every opportunity, stretching her legs to match Lauren with a hat-trick of scores.

Winger Chloe White bagged two tries of her own after strong runs, and captain and fly half Charlie Field capped off a great kicking performance (9 from 11) with a try of her own.

The forwards decided they didn’t want the backs to get all the glory, and got the pack on the score sheet too. Flanker Heidi Lawson got a great breakthrough try in her debut for the club, after spotting a gap and calling her forward pod to fan out and get quick ball to her, then running half the length of the pitch to score.

No 8 Amy Schiller scored twice, once by cleverly twisting round and over the line when it looked as though her way was blocked by Deeping defenders. Lock Claire Watson made some powerful drives, and seized an opportunity to use her strength force her way over the line for a try. Amy and Claire both converted their own tries late in the game when regular kicker Charlie was off the pitch.

Deeping showed great spirit and heart, not letting their heads drop, and putting together some strong phases, highlights of which were a great driving maul, some strong carries, and some of the biggest tackles of the day, including a try-saving flattener from their No 15. They deserved a reward for their efforts, and got themselves on the scoreboard in the first half with a fast breakaway try down the wing, but were unable to breach the resolute Biggy defence again.

The victory made it three wins from three for Biggy in the league, with the try count in double figures in every match, a testament to strength in depth in the club’s growing squad, and the hard work players have put in at training. Biggleswade were able to field a very strong starting 15 and then bring on some equally combative players in the second half, which made it hard for Deeping’s smaller squad.

Back of the match: Debutant Carly Wilson for great all round running, attacking and defensive skills.
Forward of the match: Heidi Lawson, also making her first appearance, for a fantastic flanker’s performance.

Special mention goes to Sophie ‘Day Tripper’ Earls who went down on her way to what looked like being a certain try. Spectators glanced around Biggleswade’s grassy knoll to see if a sniper had taken her out, but further investigations revealed she had actually never fully regained her balance as she scooped up the ball from the breakdown, and had effectively performed a 20 metre long incremental but high speed fall.

NOTE: The match kicked off late to allow the Biggleswade Fire Engine Pull - which was raising money for the Road Victims' Trust - to finish at the club. Many thanks to all who took part (including some of those who played in the match!). 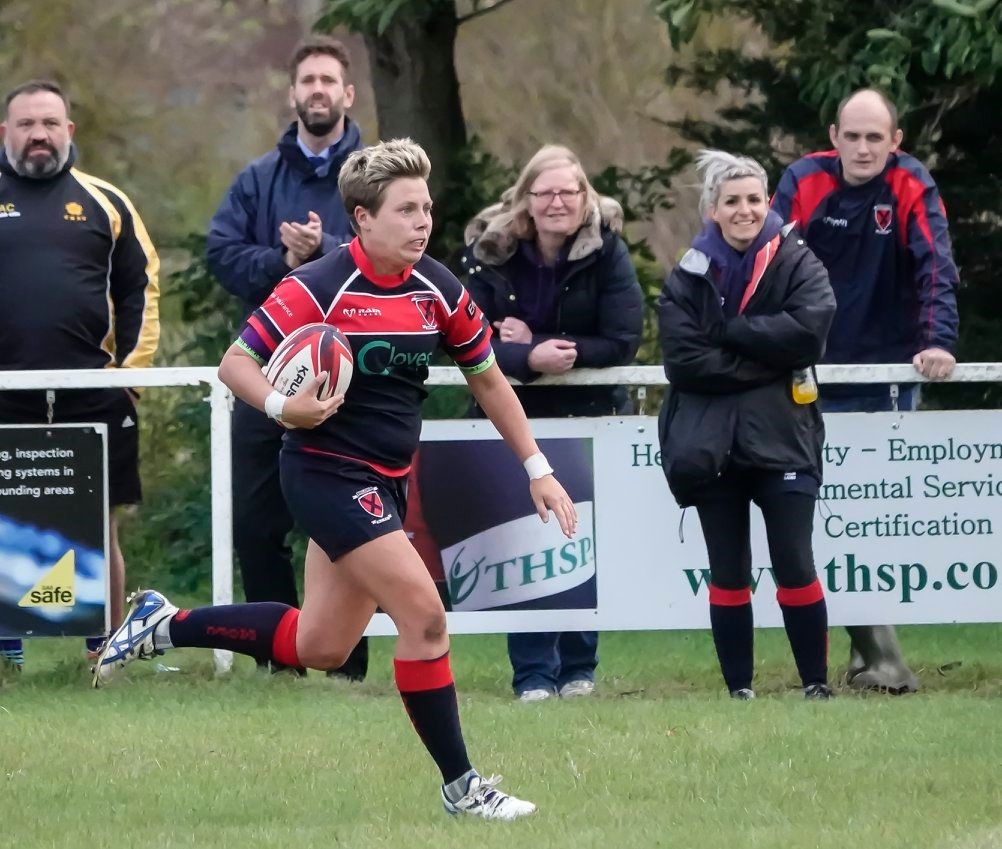