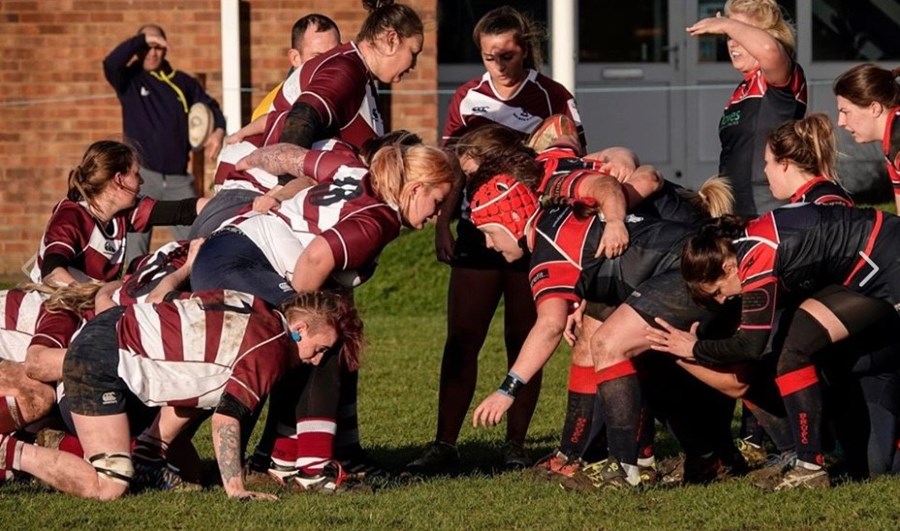 Sunday’s clash with Welwyn saw Biggy Ladies earn a well-deserved victory against the only side to have beaten them in the league this season.

Biggleswade started strongly, pressing hard from the kick-off and bustling their way towards Welwyn’s 22. The forwards made ground with driving carries before a loose pass was scooped up by Anna Kolańczyk whose angled run and pass set up Lauren Poole on a powerful charge over the try line three minutes in. Claire Watson converted.

More good forward pod work set up Biggy’s second score four minutes later. Quick ball went out to the waiting back line, who showed great hands before fullback Amanda Humphrey burst through on a superb line from just over the halfway line, outpacing everyone to ground between the posts. Another conversion made it 14-0.

Welwyn - currently sitting 2nd in the league behind Biggy - responded with pressing of their own coupled with Biggleswade errors, which allowed them to encroach. Biggy regained control when their strong pack won a scrum against the head on the halfway line, worked through the phases, and released Amanda on another scorching run, this time stopped just short of the line.

From a scrum near their own try line, Welwyn made a big breakaway. Despite several great tackles from Carly Wilson and Amanda, they ran in wide for their first score (unconverted).

Biggleswade responded with a big territory-gain carry from Amy Schiller, good stolen ball from Vicki Marshall and a storming charge and try from Lauren (converted), making it 21-5 at half time.

Welwyn fought back hard after the break and sustained pressure led to a try in the corner.

A scrappy period of play shaped up when a long pass from Teri Taylor gave Biggy some width, and Lauren delayed a pass perfectly for Amanda to collect and run in from the visitors’ 22 (unconverted).

Heading into the last quarter, Welwyn pressed forward and ran in a try in the corner from the back of their scrum. Biggy’s lead was narrowed to 26-20 when Welwyn broke the line, and despite a couple of great tackles from Chloe White, were able to work round the Biggy defence before it could get set.

The home side were under huge pressure, defending from their own try line for several minutes. Determined not to be beaten, they turned the ball over, kicked out, and fought hard, retaining possession. Spotting an overlap, slick handling saw the ball worked out to Lauren, who hared up from her own 22 to complete her hat-trick (converted). 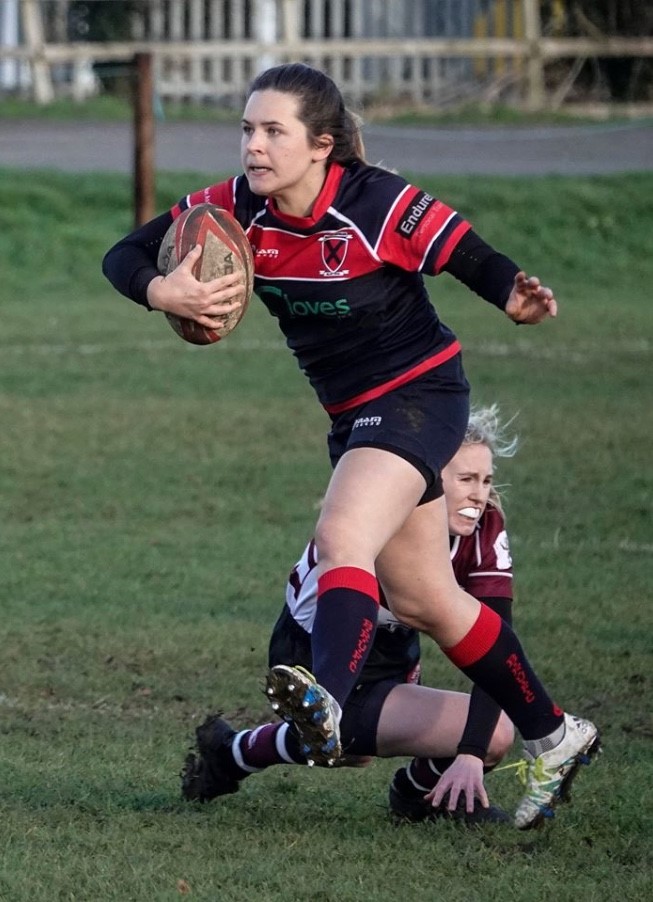