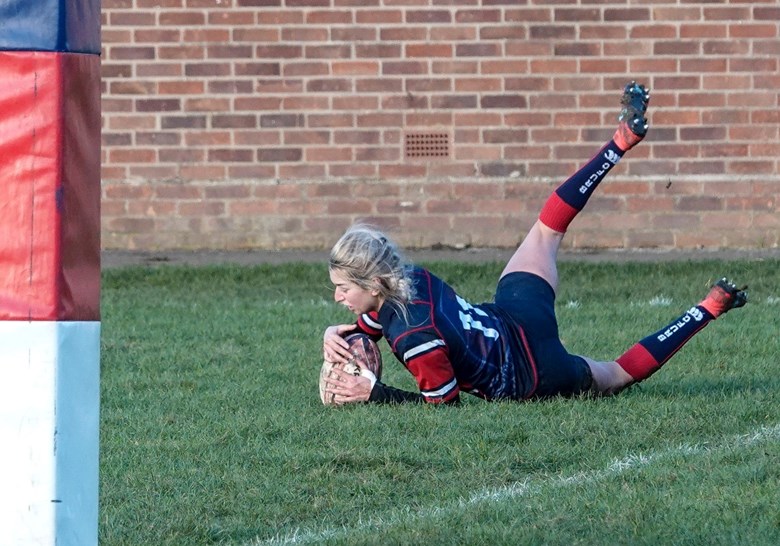 After a series of frustratingly narrow losses before Christmas, Biggy Ladies started the New Year with an excellent home win against top of the table Swans.

Biggy piled on the pressure from the start, chasing up their kick-off and putting together a dozen phases. They worked the ball across both sides of the pitch before prop Laura Critchlow burst through to score with a quick carry over the line.

Biggy’s scrum was dominant and their line-outs working well, with Nat Rundle and Gina Roby providing a solid hooker-jumper combo.

Biggleswade’s switched-on defensive line stepped up as one to force the opposition back. Big tackles and strong rucking meant when Biggy lost possession they were quick to steal it again.

Amy Schiller came close with a strong carry, neatly spinning away from tacklers before being brought down just short of the try line.

Swans could not get out of their half, and when they tried kicks over the top, Biggy fullback Tash Cooper was perfectly positioned to make a series of rock-solid catches, including a great running take on the half way line and a storming solo run through half of the Swans’ team to cross the line and make it 10-0.

The second half saw Biggy take a scrum against the head, with No 9 Teri Taylor spotting the loose ball and making a snappy break.

Buckingham fought back and managed to get into Biggleswade’s half for the first time, but Biggy responded well, with Amy Humphries breaking through the gain line and captain Lauren Poole powering through on a support run to score Biggy’s third try, converted by Bex Young.

The game became disjointed with a high penalty count and stoppages for injuries.

Biggy’s defensive line momentarily lost its shape and Swans broke a tackle and made ground to score under the posts (unconverted).

But the home side regained their focus, brought down Bucks attackers and keep their lead.

More scores could have come but for some loose passes. Poole made several outstanding pick-ups off her toes, but the adjustment in her run meant the opposition had time to team up and tackle.

Charlotte Sheppard, one of the smallest players on the pitch, made a crunching tackle to rudely halt a Swans attack down the wing.

Kelly Hodgson broke through for a great run after a powerful carry, epitomising her strength and effort on the day.

The final whistle blew with the score still at 17-5. The win was just reward for the hard work the Ladies have put in during training sessions and recent games.

Forward of the Match was Kelly Hodgson, sponsored by Shefford Dog Walking

Back of the Match was Tash Cooper, sponsored by LP Soft Tissue Therapist

Prop Connie McGinlay, who put in a formidable performance in her first game back after becoming a mum - but whose return was also her farewell as she has moved away from the area.

Another thank you and farewell to Olivia Wines, also playing her final match for the club as she is moving away. Olivia played part of the match for Swans, who were short a player, in order to make for a better game with full numbers, and deserves a pat on the back, along with other Biggy squad members who swapped in for the opposition. 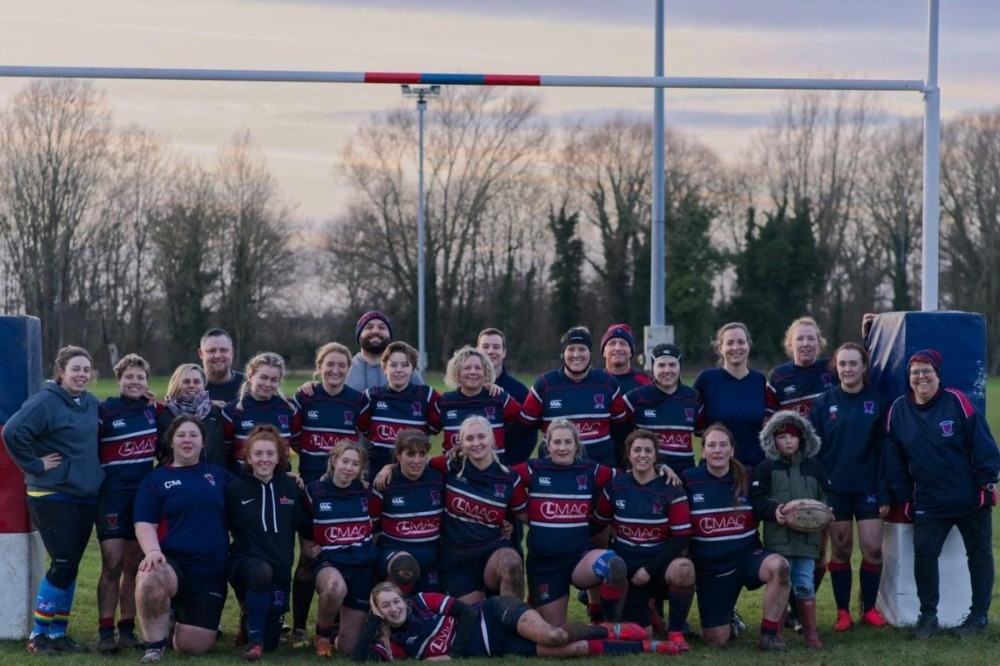