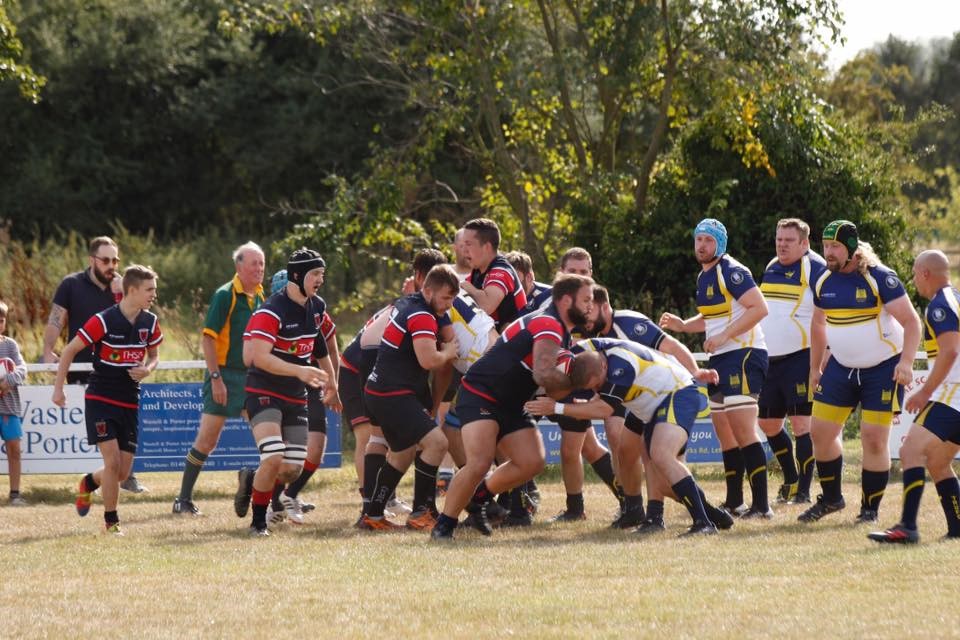 BIGGY scored four tries on home ground in glorious sunshine to start their new season with a win and a bonus point.

The Mens’ 1st XV had a solid game in the heat, showing strength in the tackle and dominance in the scrum despite a heavy Thorney pack.

Thorney’s kicker slotted over an early penalty from near the half way line, showing Biggy they would need to keep their discipline to prevent him from notching up more points.

A good kick from fly half Gav Taylor, chased by winger Will Roake, set up a strong Biggy maul, which gained yards of ground. Two rock solid scrums in a row let No 9 Luke Gadsby feed out quick ball to the back line, spreading the ball out to winger Ethan Sinclair, who made a great side step as he ran in the home side’s first try 10 minutes in. Centre Ollie Vagg missed the conversion by a small margin, but his boots were to prove trusty for the rest of the afternoon.

Club chairman and prop Dave Tysom caught the ball from Thorney’s restart and popped it to No 5 Jack Diemer, who steamed up the pitch on a great run, handing off a couple of tackles before being taken down just short of the line, just missing out on the points he deserved.

Sinclair picked up a huge kick from Thorney’s fly half and sprinted all the way to the visitor’s 5 metre line before being stopped.

Biggy’s mauling and scrummaging was on point, putting pressure on their opponents. A series of relentless reset scrums took place as the game approached the half hour mark, with Biggy forcing the ball over the line, but unfortunately knocking on as they did so. It would have been disheartening not to come out of this period of the game without points to show for it, and Del Tribbeck took the initiative - and a good line - as he picked and went and charged over to score Biggy’s second try (converted by Vagg).

Thorney won possession in the centre, and set up a good break by the backs, which ended in a penalty award, successfully taken. The visitors began to gain some momentum in their passing but some good pressing from Biggy, and a couple of wrong choices took them the wrong way and saw their attacks break down.

Biggleswade fought back and took control again, with some tasty rucking and strong support. Fullback Elliot Tunstall went on a zig-zagging run, offloading to Vagg in the tackle, who needed three Thorney players to bundle him into touch on the 5 metre line.

Biggy set up their driving maul again from the resulting lineout, and continued to force Thorney to defend phase after phase of play. No 8 Kyle Loan took a free kick while Thorney caught their breath, and powered through to score Biggleswade’s third try. Vagg had a shortened run-up, avoiding the pitchside advert boards as he calmy kicked over the angled conversion from right on the sideline.

Biggy almost scored again after Roake intercepted a Thorney pass and ran 3/4 of the length of the pitch, but was taken down by the last man, with the half time score set at 19-6.

The second half was to prove more disjointed than the first with mistakes being made as the heat took its toll.

Thorney kicked a penalty to close the gap, but Biggleswade responded well.  They got the score they needed to earn a bonus point when Taylor made a break from an inside pass from Roake, offloading to Tribbeck, who passed to Gadsby, who finished off a good move (the try converted by Vagg).

As the game began to peter out, Thorney gained some ground and put Biggy under pressure near their own try line. From a 5metre lineout, Thorney’s forwards managed to barrel their way over in the 85th minute to score their first and only try of the game, converted by their reliable kicker.

On the final whistle, supporters from both sides showed their appreciation of the players’ efforts on hard ground in sweltering conditions.

Biggleswade’s  Man of the Match was Kyle Loan (sponsored by The Physiotherapy Clinic).

Head coach Matt Skirving said after the game: “The squad have worked hard in pre-season and today saw them put some of what we have worked on into practice to come away with a win and bonus point.  All players did well to deal with the heat against a physically strong opposition. I’m really pleased that we have put some key foundations in place to start our campaign on the front foot.” 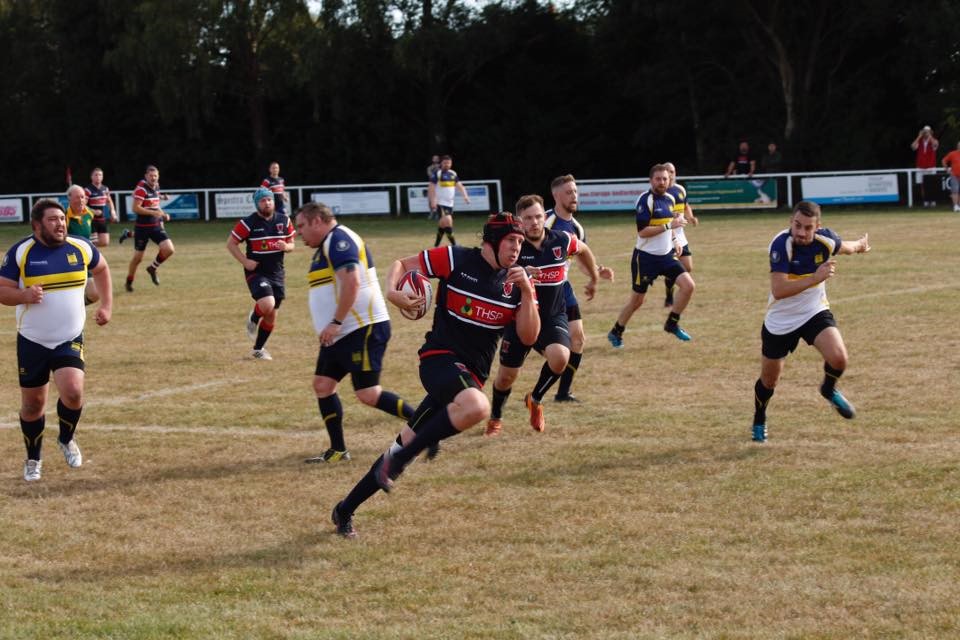