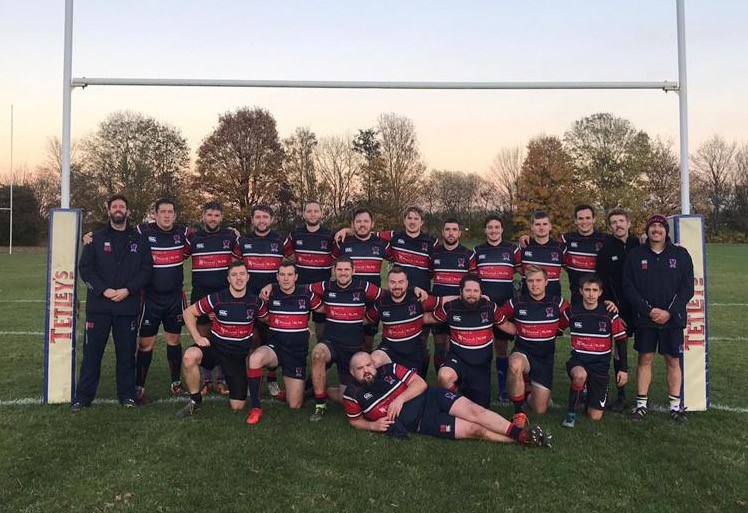 League leaders Biggleswade 1sts travelled to third place Deepings on Saturday and came away with a convincing win.

Biggy have been working hard in training on moving the ball away from strong heavy opposition to play expansive rugby. It took just five minutes for the preparation to reap rewards, when they played out of their own 22, Will Burman linking well with Ethan Sinclair as they used their exceptional handling skills and blistering pace to run around Deepings’ back line.

The early score helped settle Biggleswade, who got into their groove. Sinclair ran in a further two tries in the next 10 minutes, followed by the bonus point try before half time by Captain Gavin Taylor.

Before long, the Biggy forwards also got on the scoreboard as they took advantage of mis-matches in the Deepings defence.

Deepings tried to regroup but the back row of Starling, Horgan and Tribbeck put in some strong defensive tackles, and the determination of the whole Biggleswade pack continually stopped the opposition getting on the front foot.

After the break, the home side came out fighting and used their forwards’ strength to target the centre of the field. Biggy absorbed everything thrown at them and knew Deepings would eventually tire. Luke Dillinger ripped the ball for turnover to put his side back in control. Jake Devereux stormed over for his first of two tries on the day, Elliot Tunstall adding the conversion.

Despite the scoreline, Deepings kept their heads up and played with real passion, which was rewarded when they intercepted a wayward Biggy pass to run in under the posts and convert their only try.

A well-worked forwards’ catch-and-drive from a line out 15 metres out from Deepings’ line was touched down by Matt Cowley.

Further tries were added in the last 20 minutes from Sinclair, who bagged five on the day. Biggleswade’s final try came from Del Starling, playing out of position on the wing, who showed real skill faking a pass and running through to score under the posts, making the final score 7-69.