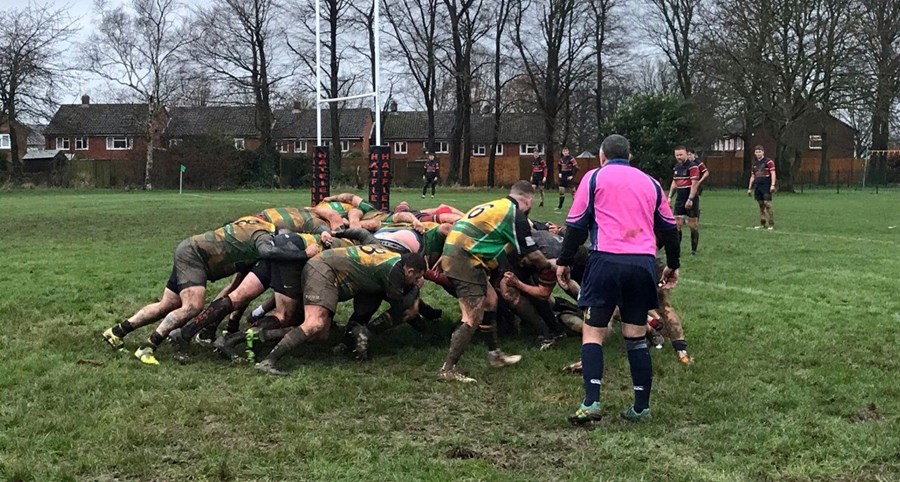 With Saturday's league game postponed by the opposition, the 2nd team instead played a friendly against Hatfield.

The 2nd XV came straight out the blocks and looked dangerous. Man of the Match Tom Richardson was a threat and linked brilliantly with the rest of the back three. Twice Biggleswade went over the line but were called back for forward passes.

Brasier was then to score himself after a tip from Matt Cowley put Ross MacLaughlin through a gap, and Biggleswade broke the line. MacLaughlin continued to fend off three defenders breaking from the Biggy half up to the Hatfield 22 before quick ball from the following ruck allowed Biggy to cross the line.

The next try was just reward for the forwards. Jack Sharp had good ball from the back of a line-out, allowing Dave Leslie to break through a gap and score under the sticks for another 7 points. Next score was from Richardson, showing his dancing feet, his try converted by Haverly.

Playing an expansive game from your own half comes with risks. A Hatfield player intercepted a pass to canter away and ground under the sticks for a converted try.

The pitch continued to churn up but there was one more Biggy score to go. The home side gave away a penalty on the 5m line, and Cowley took a quick tap and went through the gap.

Overall, it was a great performance and ideal preparation before the big home league game next weekend against Weston.