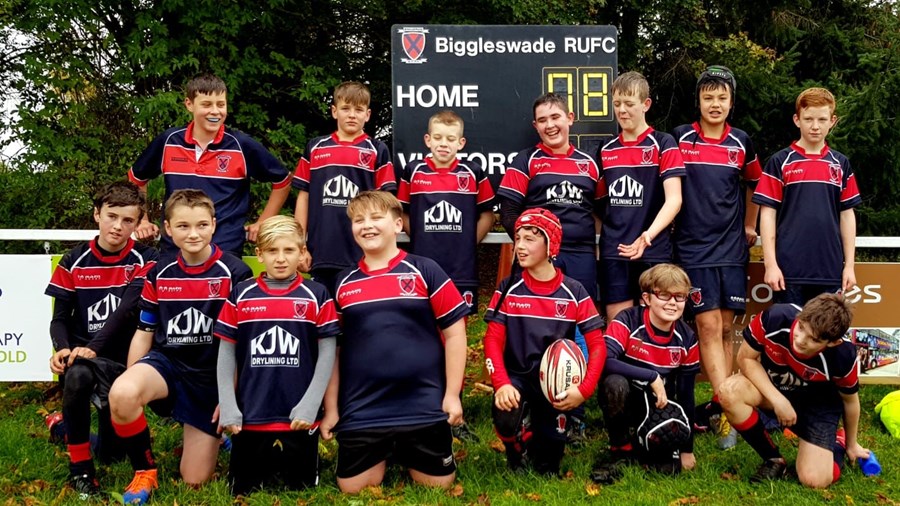 On the morning after a spectacular fireworks display at Biggleswade Rugby Club, the U13s put on their own show when they faced their toughest game of the season so far against a strong side from Northampton BBOB.

Sunday's match was played on the largest size permittable within the guidelines for U13s rugby and so the pre-match talk was all about using the extra space available. It was the visitors, however, who took first advantage when they took a quick tap penalty on their left-hand side and whizzed around the defensive line before Biggy could react.

Biggy made good ground from the next restart with an explosive run from Ashton and an offload to Jack, who set off like a rocket into the opposition half. Great rucking from the forwards - Duncan and Fin in particular - gave quick ball for Dylan to burst down the left and he would surely have scored but for his little toe grazing the touchline!

The front row were having another good day at scrum-time and won one against the head to give the backs an attacking platform inside the opposition 22. Two phases later and strong ball-carrying from Henry B put Josh in a position to drive through the defence and make it to the try line with a little help from his teammates.

Biggy had been working on supporting the ball carrier for the previous week and put this into action during the game. Playing this way in their own 22 however turned out to be a bit too risky and the BBOB's Number 8 intercepted an offload out of the tackle and strolled in to score his side’s second try.

To their great credit, Biggleswade continued to play this way throughout the game and made 50 metres with one memorable move that went through five pairs of hands and was only stopped by an illegal tackle on winger Alfie. The referee sent a message to all players that care must be taken not to lift in the tackle by sending the offending player to the sin-bin.

Biggy put pressure on the opposition with some hard, low tackles from Alfie, Donncha and Harry (who showed textbook technique, using his shoulders to drive the ball-carrier back towards his own line). Dylan intercepted a pass from the lively BBOB scrumhalf and set off with a bang for the try-line. He kicked ahead, with the BBOB No 9 clinging to his shirt, and only great cover defence stopped the supporting runners Jack and Donncha from claiming the try.

Northampton BBOB made their way back upfield and were the next to score when they used the space by passing the ball out wide to score a try in the corner to go 3 tries to 1 up.

Biggy came straight back and created quick ruck ball for scrum half Spencer to fizz a pass out to Ashton who used good footwork to find some space and explode through the gap and charge to the line.

BBOB found that passing the ball to create space for their teammates was working for them and used this tactic again to score in the corner despite some heroic defending. They would have been in for another score in the same corner but this time Biggy kept them out thanks to a try-saving tackle by fly half, Dylan.

As the match went on, Biggy made an effort to move the ball wider to find gaps in the defence and backed this strategy up with some great support lines and fantastic ball handling skills. A move involving Aaron offloading to Henry E saw the ball released to Jack on the run to weave his way through defenders and score a try in the corner.

BBOB had the final try of the half, however after a loose kick gave the tricky opposition fly half time and space to step his way into the 22 and over the try line. Half time score 3-5.

The second half started badly for the U13s - they gave up possession of the ball too easily after a miss kick and BBOB were on the scoresheet again to stretch their lead to 3 tries. Biggy needed something to spark them into life and they got it from the backline – three passes from the back of the scrum put Aaron through a gap and he showed terrific pace to pull away from the chasing defenders. Moments later they did it again and this time from even further out; Aaron charged from the halfway line through would-be tacklers and into the clear to score and put his team just one try behind on the scoreboard.

The excitable crowd could feel the tension on the pitch now as the players from both sides put in a fantastic display of teamwork and discipline to track back in defence and offer support in attack.

Biggleswade were under pressure in their own 22 but they managed to reclaim the ball and pass out to Ashton to start the counter-attack. He broke the first tackle and kept running, bumping off defenders like skittles before outpacing the last defender to score the try that levelled the scores at 6-6 with just under a minute to go.

Biggy tried hold on but, despite huge effort, conceded a try with almost the last play of the game. The fly half stepped inside and out and then squeezed in the corner for the winning try.

In a match played in a great spirit and respect, both sides should be hugely proud of the sparkling display they produced on the pitch. 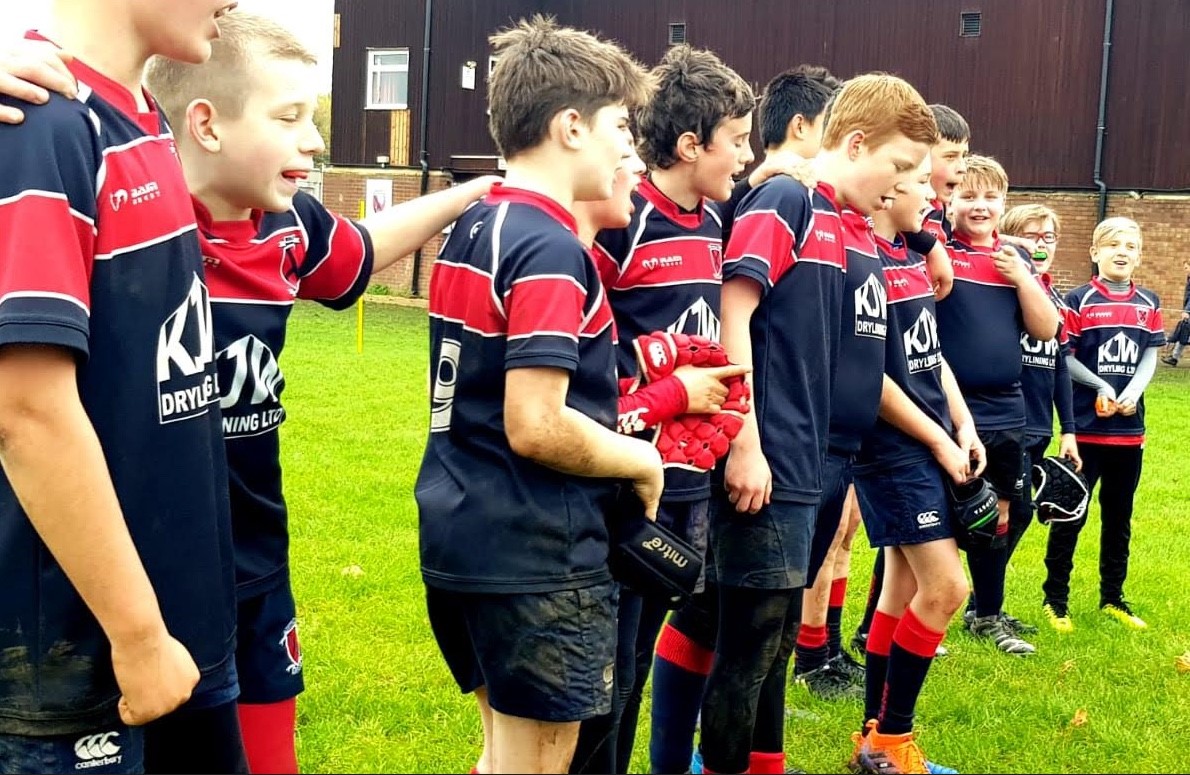