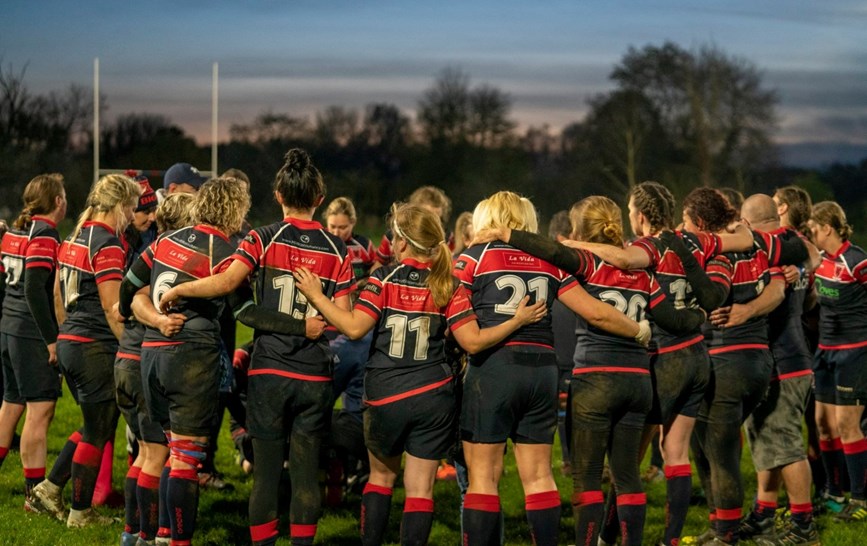 Biggleswade put on a gutsy performance in Sunday’s closely-fought cup match against Peterborough, losing out by just one try.

The narrow margin of victory was a testament to Biggy’s battling performance against a team who play two leagues above them.

Right from the off it was obvious that game was going to be a physical contest, with both sides tackling ferociously. Boro had most of the early possession and Biggleswade gave away a few penalties allowing Boro to keep the pressure, but Biggy were making it tough for them to break through. Their defensive line was solid, with the forwards putting in some big hits, and the centre pairing of Amanda Humphrey and Lauren Poole making a series of cracking covering tackles to snuff out Boro’s backs moves.

It took 20 minutes for Boro to get any points on the board, with an opportunistic pick and go breakaway try from near their own try-line after Biggy had piled on some pressure of their own.

The visitors looked like they might add to the total with another breakaway move down the wing, but Lauren made a flying tackle to knock the attacker off the pitch.

Biggy’s confidence was growing and the team stepped up their play to put pressure on Boro. Clare Goldsmith was putting in a strong stint in the No 10 shirt in place of absent captain and fly-half Charlie Field. The opposition was now being pulled up for infringements, in particular for not being behind the back foot.

Flanker Heidi Lawson kicked into touch from a penalty to make ground and allow Biggy to put together some effective lineout ball. Biggleswade were advancing deep into Boro territory with some strong mauling, solid scrums (including one won against the head) and great forward phases.

Now it was Biggy’s turn to convert pressure into points. Scrum-half Vicki Marshall picked and went to the blind side, sucking in defenders before popping out to Carly Wilson, who ran in at pace to score her team’s first try, making it 5-7 at half time.

Due to a late start time to allow players to attend Remembrance parades, the second half was played under floodlights. Biggy came out after the break determined not to let their concentration slip. Steph Cooper made a big impact off the bench, making three crunching tackles in her first few minutes on the pitch. Anna Kolańczyk, one of several players recovering from the lurgy, swapped in at No 10 and immediately made some strong runs and tackles.

Biggy were piling on the pressure, and forcing Boro’s defence to stand strong. Boro were continuing to be pulled up for offside, and repeated offences resulted in a yellow card. But Biggy couldn’t capitalise with points, and their opposition were just that bit more clinical with their chances. They launched a long kick into Biggy’s half, and Biggleswade failed to clear their lines safely. After several phases, Boro took a quick tap and go penalty and sniped a try. A third try came when Biggy were disorganised after three injured players needing replacing at once.

Biggleswade refused to let their heads drop. They deserved more points to reward all their hard work, and when their second try came it was worth the wait. Amanda ran onto a pass at fill tilt, bursting through with a great angled run, closely followed by Lauren ready to provide support (which turned out not to be needed). Amanda still had half the length of the pitch to go, and a couple of covering players to beat, but found another gear to outpace the defence, to the delight of supporters.

With the score 10-17 and with a few minutes left on the clock, Biggy were still in with a chance. Boro were yellow carded again for more infringements, but despite all their efforts, Biggleswade were unable to get the points they needed and the game ended with just the one converted try separating the sides.

Forward of the match was Sophie Earls (sponsored by PWSA UK) who worked tirelessly and left it all on the pitch (including what seemed like half a pint of blood from two nosebleeds).

Back of the match was Lauren Poole (sponsored by Chris Wright Fencing) for some vital - and boneshaking - tackles.

Special mentions to lock Clare Watson for her restart kicks (she’ll be swapping with Charlie next week!), Amy Schiller for some Irish Dance-style leaping in the lineout, and Rhiannon Smith, who made some great tackles and runs before being taken ill. Get well soon, Rhi.

Lineout pic by David Kay. Other photos by Carl Wolfenden. 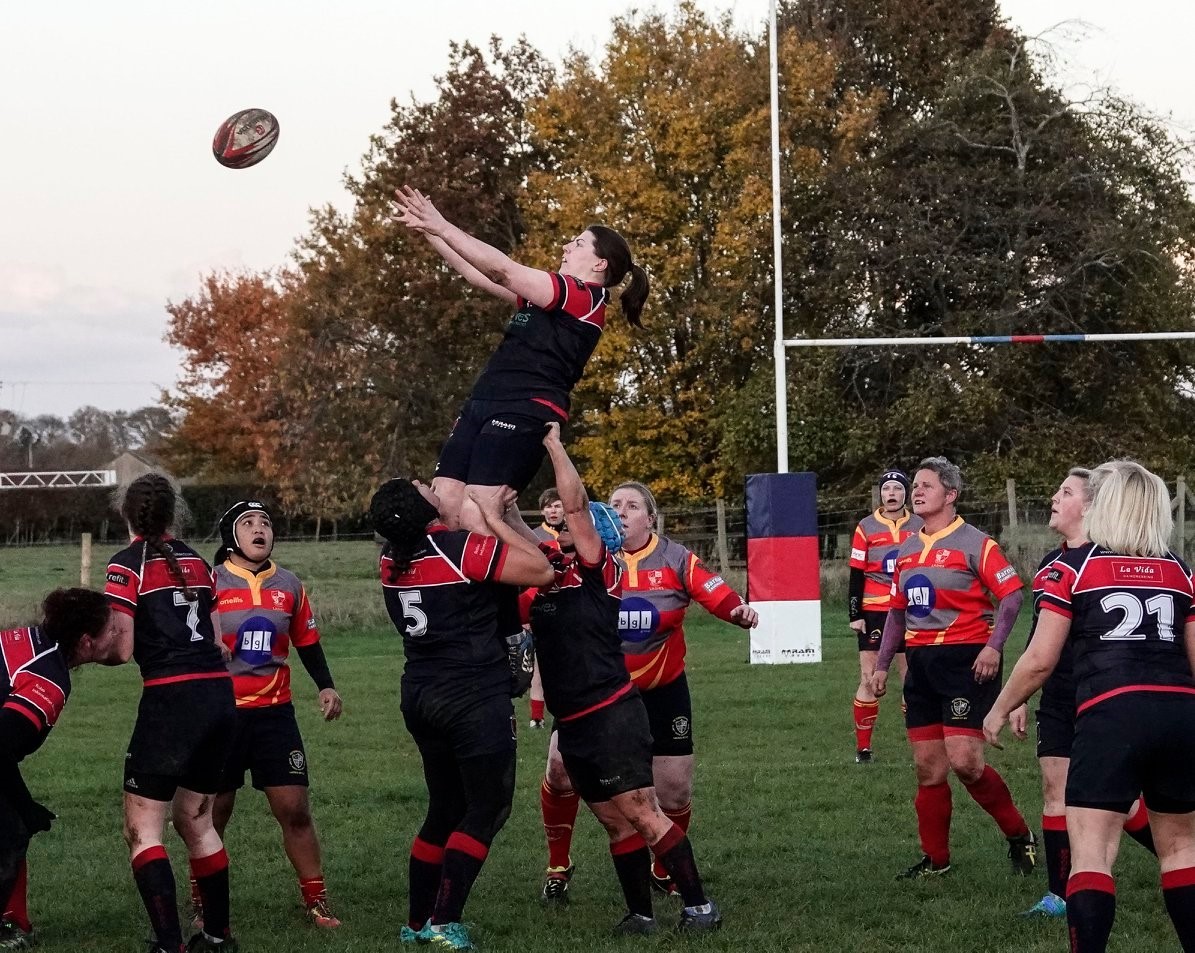