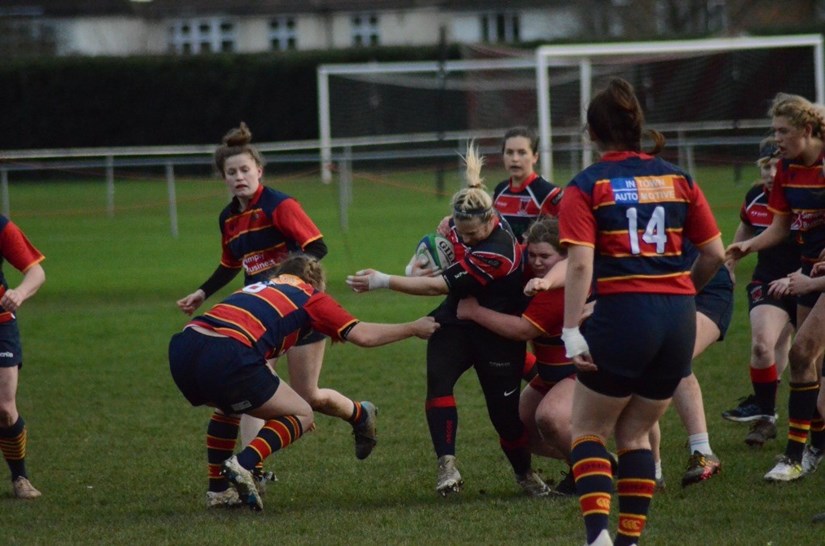 Biggleswade Ladies lined up against Old Northamptonians on Sunday in a hastily-arranged friendly, after league opponents Deeping Devils were struck down by sickness.

Biggy started well, playing good possession rugby against a team currently top of the league above them. After strong carries by the forwards, Anna Kolańczyk - playing No 10 for the first time - unleashed the backs. Inside centre Amanda Humphrey broke the line and made a great run, only to brought down by the last defender. Her offload from the floor set up chasing outside centre Lauren Poole, who sprinted over and scored under the posts. Lock Claire Watson, taking on kicking duties, converted to give Biggleswade a 7-0 headstart.

The home side reacted strongly, and after some hard running phases bundled over Biggleswade’s line to level the score. It was the start of a points pile-on. ONs won a scrum against the head, then broke tackles and set up their outside centre for a try. Disrupting the ball well, with their fly-half running the show, ONs displayed more urgency and aggression in the breakdown and exploited Biggleswade’s lack of line press. They took their chances and attacked the space, running in three more tries before the break.

Biggleswade were determined to fight back in the second half, setting a marker with a clinically-executed try. Amanda collected the kick-off, raced forward, and offloaded to No 8 Amy Schiller, who carried hard. Quick ball out through the backs saw Amanda race ahead again and pop the ball to running partner Lauren for a try under the posts.

Biggy’s scrum was much more solid, allowing the team to keep more possession. An injury to an ON’s player forced a pitch change, but Biggy didn’t lose their focus. It was to their credit that they limited ON to just one scoring chance in the half, foiled by a last-ditch knock-on.

The second half points were all Biggy’s, with the next coming from the prolific Lauren, who made a fantastic angled sprint to collect a ball everyone thought was going to the forwards, then gas past player after player on a charging try to complete her hat-trick. She nearly scored a repeat after collecting the restart, but was hauled down just short of the line.

Not to be outdone by the speedy backs, Claire Watson, now playing flanker, made a fabulous, fast, 60 metre break, then drove through the tackle long enough to offload for supporting winger Carly Wilson.

Forward of the Match was Claire Watson (sponsored by Bob Archer), for a great all-round performance, and for the delightful and terrifying sight of her tearing down the pitch at full pelt.

Back of the Match was Lauren Poole (sponsored by Chris Wright Fencing and Landscaping) not just for her hat-trick of tries, but also for her tireless defensive tackles.

Unsung Hero of the Match was Anna Kolańczyk (sponsored by TASL), for stepping up in the unfamiliar position of No 8. 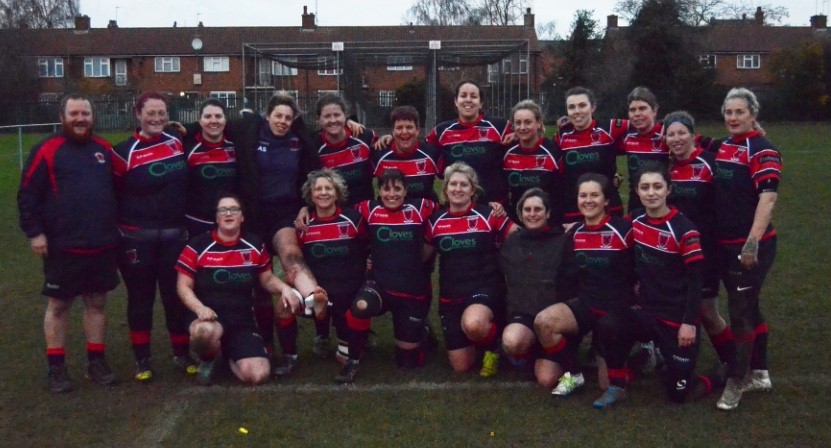 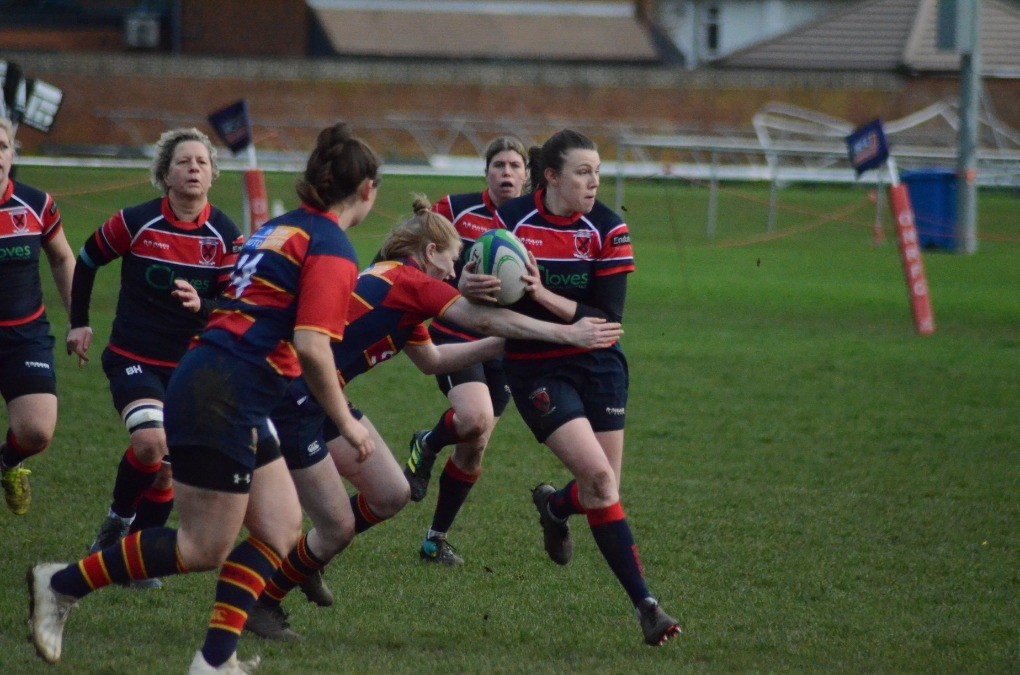